June, 2014 was another "It was the best of times, It was the worst of times" kind of month. I'll explain as I go along.

I began experimenting with a new design in June. I'd pretty much nailed the 4-point globe pattern, but I wanted to see if I couldn't figure out a way to make a 5-point globe; one that would let me work a 5 pointed star into a design element that would still look globular. So I tried several times in June to hammer out the necessary pattern elements, while discarding unnecessary details. It was a process of trial and error.


6/4/14 coincidentally is the day that my older brother Jerome died. I didn't learn about it until the morning of the 5th because when I'm not at work, I turn my cell phone off and put it on the charger.
My, wasn't I surprised when I checked my voicemail messages the next morning.
Did you ever tell someone, when you were a kid, "My big brother can beat up your big brother!"?. Well, my big brother COULD, and if your big brother ever looked at him funny, probably did. It was  quite a shock to learn that a guy so full of life had "crossed over" so suddenly.


I'd already started 'Grey Star Window' when I got the news, so when I finished it, I dedicated it.
I was also experimenting with a new border treatment around the edges. I haven't decided on what to call it - perhaps "hyphenated fiddley-bits"?


At least with this third design, I' managed to make the lines look curved, but I'd lost the star-shape in the confusion; so back to the drawing board!
Also, by this time, the family had made some funeral arrangements, so I asked for time-off from work, squeezed my credit card until it squeaked, and made plans to fly back home to North Dakota to be with the family as we laid my brother to rest. (Once upon a time I had three brothers; now I have one - it's funny how circumstances change our perspective, ain't it?)

I called this one "Cool Grey Star Window" because it's a Star Window and the color of the central star is 'Cool Grey'. I've still got some work to do on the hyphenated fiddley bits, but I almost got the 5-pointed globe pattern down pat with this one. The color progression pattern, working from the outer circumference inward had just one little flaw, which threw off the uniformity on the upper left quadrant of the design. But I saw what I did wrong.
This bit, at the top center of the globe ...
... Was colored differently from the other 4 corresponding points of the design, which threw off the whole pattern. I'll get it right next time, I reckon.

Jerome was cremated in Missouri, where he lived (and died) and his widow and her sister drove up to North Dakota with the urn containing his ashes for his memorial service and burial. He was buried June 14th. I flew back to Memphis the next day and was back to work on Monday. Friday night we held a wake, and his friends and relatives took turns retelling stories about him. I learned things about him I'd never known before.

Anyway, life goes on, right? So when I got back to work, I decided that I should create a tribute picture for my brother, something to do with wings, perhaps.

I worked the letter "J" (for Jerome) into these next few designs.


I wasn't able to get the wing element of the design quite right, so I looked up a prototype angel design I'd done years ago for inspiration.

So, building off this design, I finally got it close enough to all right to be all right. I left off the letter J, I took another stab at the 5-pointed star globe in the center, and since it was nearly the 4th of July, I worked in some Red, White and Blue. (I think Jerome would have liked that). 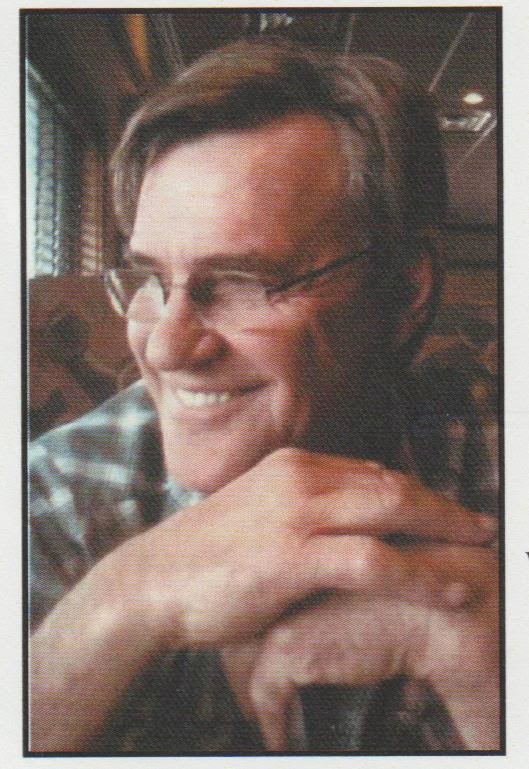 High Flight
Oh, I have slipped the surly
bonds of earth
And danced the skies
on laughter-silvered wings;
Sunward I've climbed, and
joined the tumbling mirth
of sun-split clouds - and done
a hundred things
you have not dreamed of -
Wheeled and soared and swung high
in the sunlit silence.
Hov'ring there, I've chased the
shouting wind along, and flung
my eager craft through footless
halls of air.
Up, up the long delirious, burning blue
I've topped the windswept
heights with easy grace
Where never lark, or even eagle flew.
And, while with silent,
lifting mind I've trod
The high untrespassed sanctity of space,
Put out my hand, and touched the
face of God.
By John Gillespie Magee, Jr.

Well, now that I've brought everybody down with all this mourning and sadness, I'd better end this post with a little humor. You know, I started drawing cartoons in grade school and junior high. I'd mail them to Jerome who was serving a hitch in the Army at the time and he'd pass them around to his friends. I like to think I helped his unit's morale at least a little bit.