The Adventures of Kevin Koastie - The Year in Review. ( Part 2)

Hi, fans! You know, I got to thinking and it occurred to me that since all my Kevin Koastie cartoons are safely tucked away in the bowels of my computer hard drive, I can post them here just about any old time without the tedious process of scanning, filing and transferring images of artwork involved in my regular posts. So that's what I'm gonna do!
I've been cranking out the Christmas artwork and have a few more to show off, but then I'm going to post the next 18 episodes! Yay!

IMAO Link of the Day: Be Internet Cartoon Famous.

First, a Picture Page, then the finished artwork. A sort of Before/After comparison.


I'm trying to keep these Christmas designs a bit simpler than my usual work so that I can get them all done before Christmas. Since Thanksgiving, I've been cranking out one a day on average. I'm not complaining - Hey, it's Christmas!

And now, The Adventures of Kevin Koastie - Part 2! 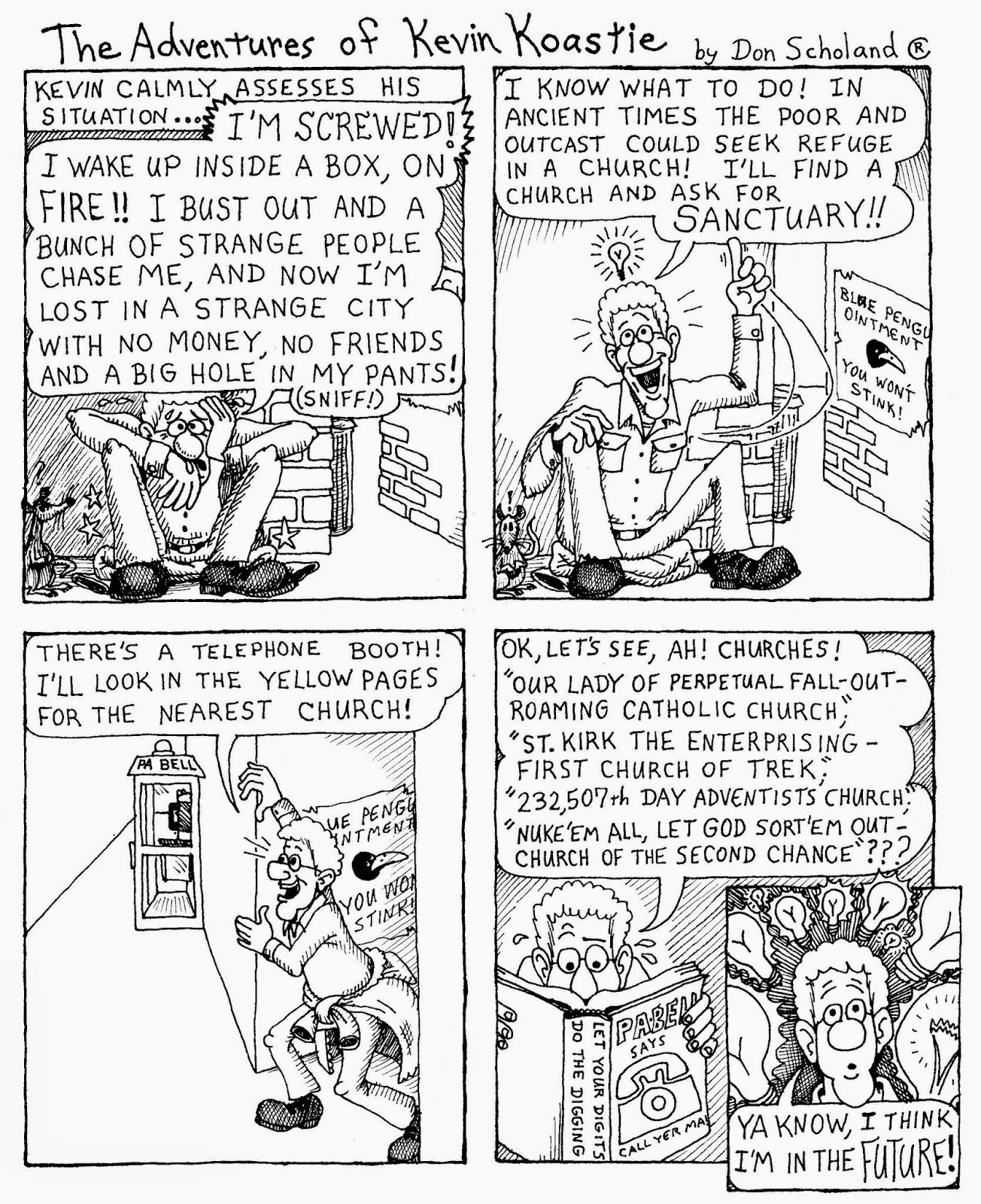 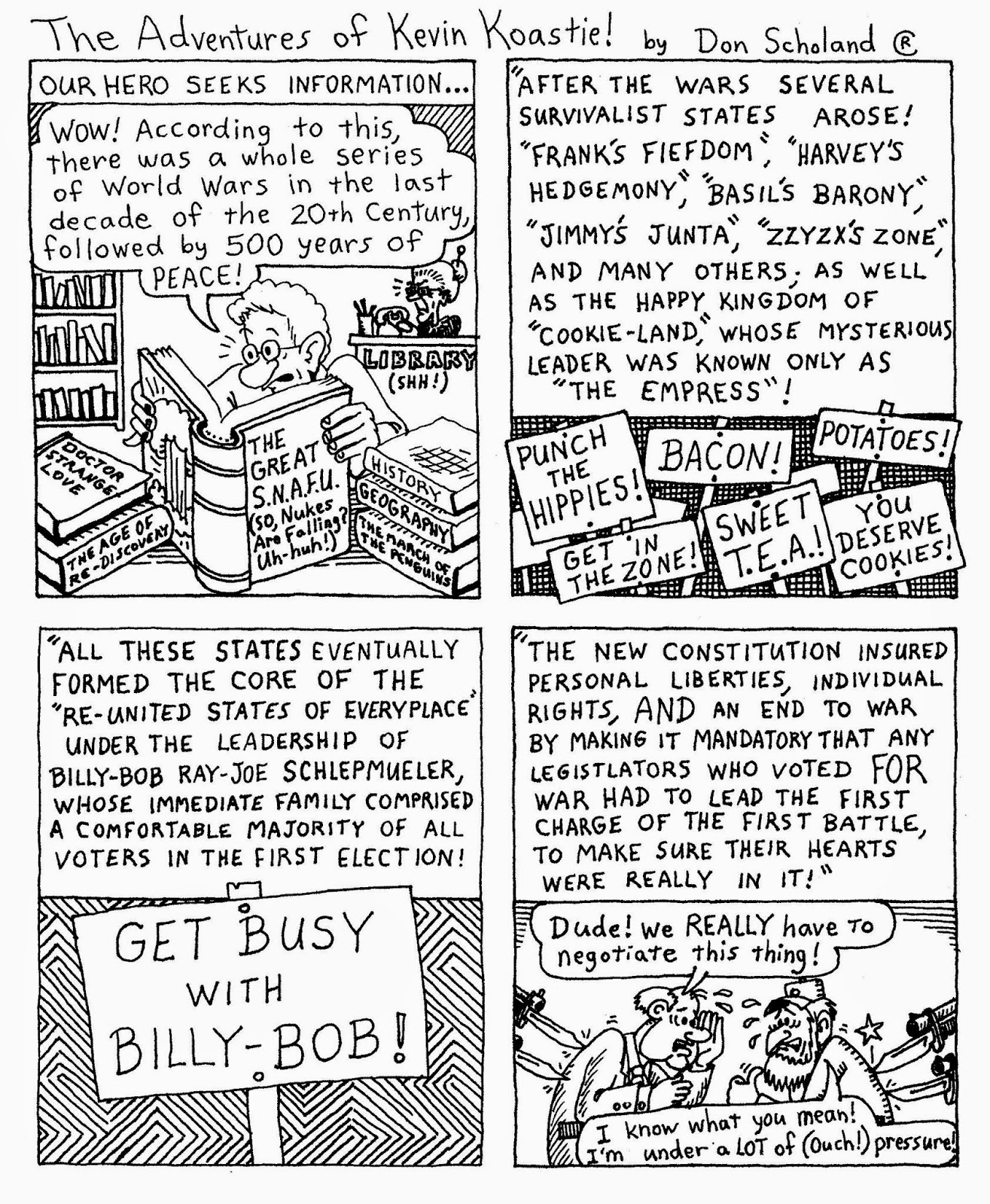 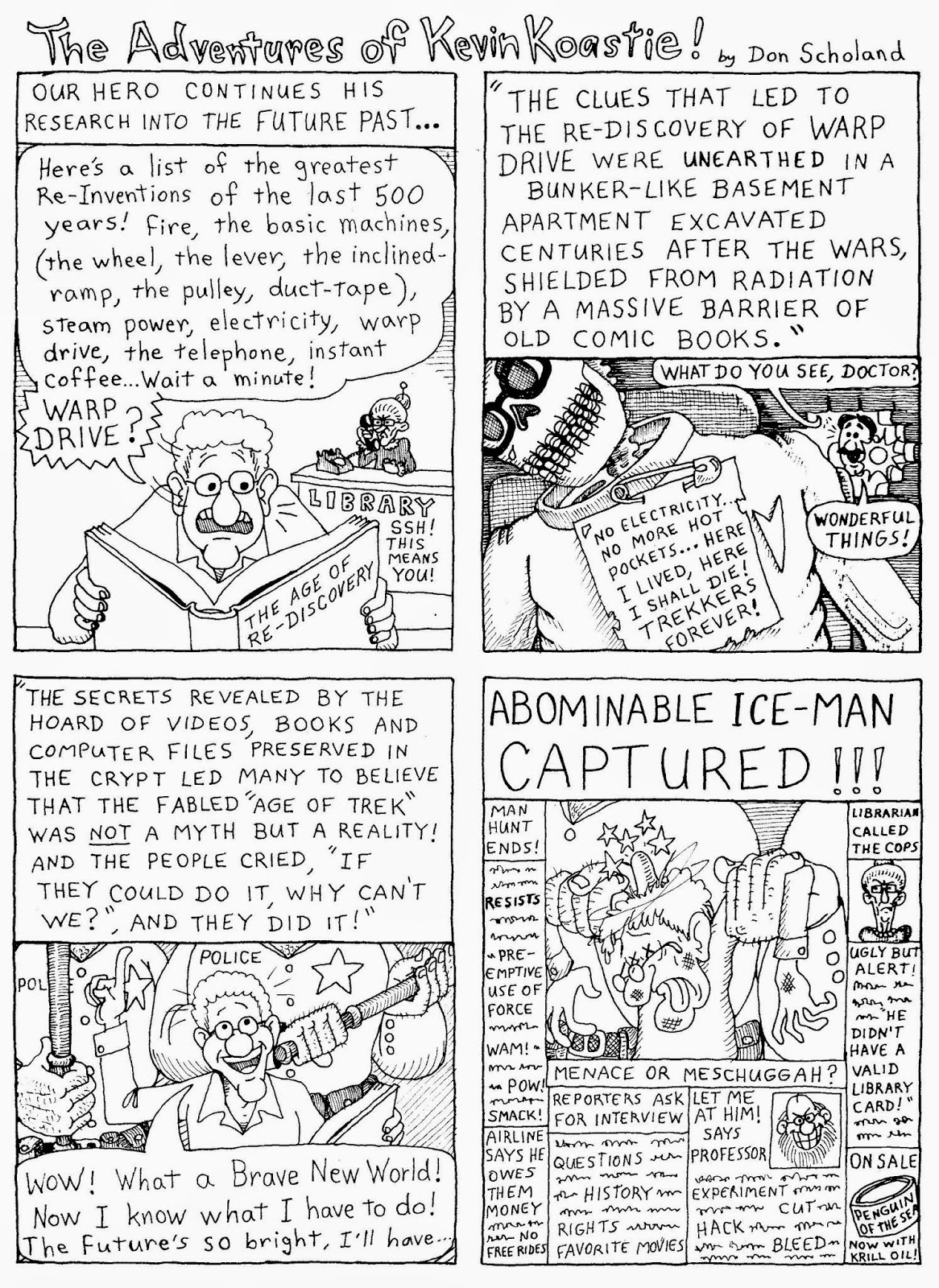 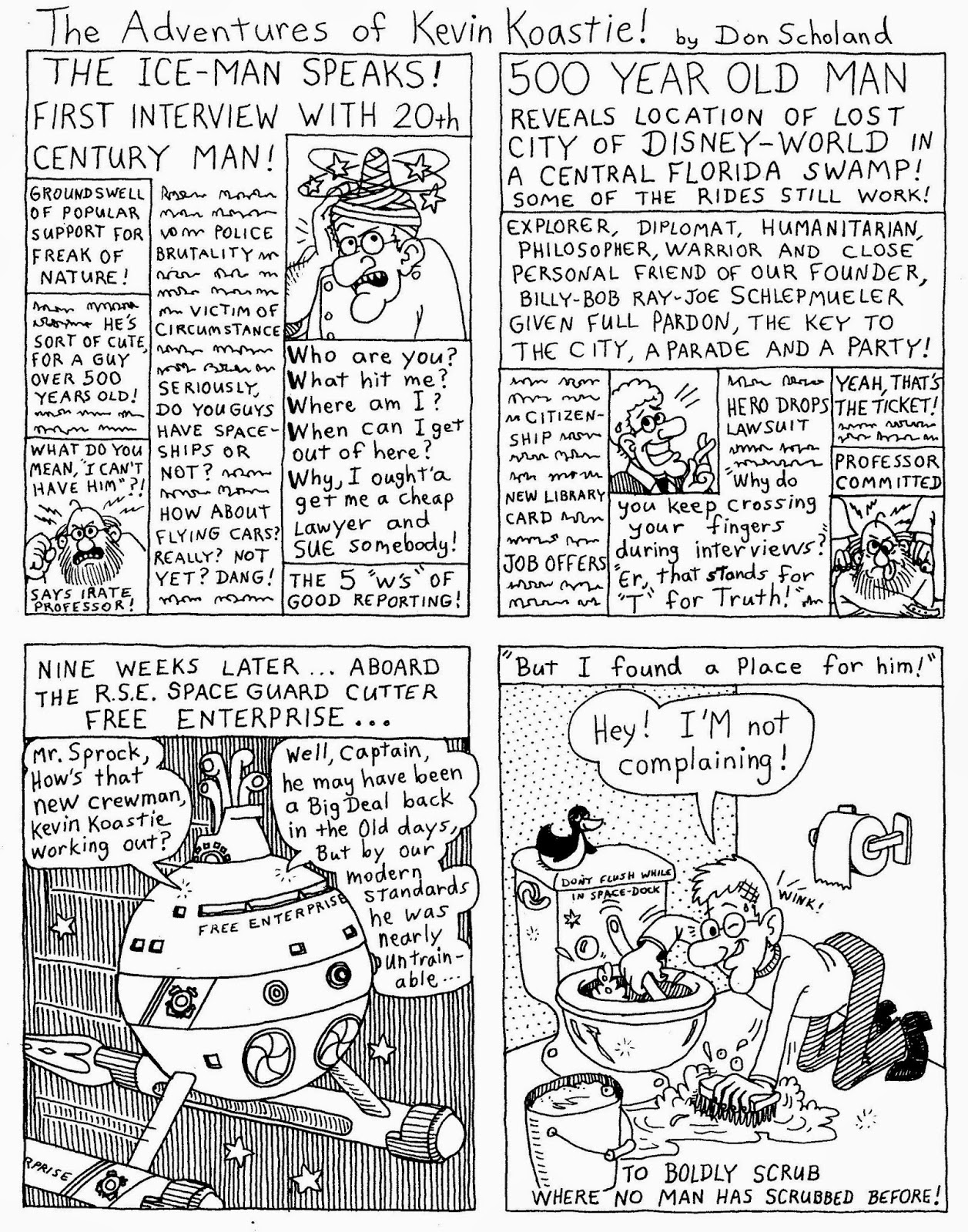 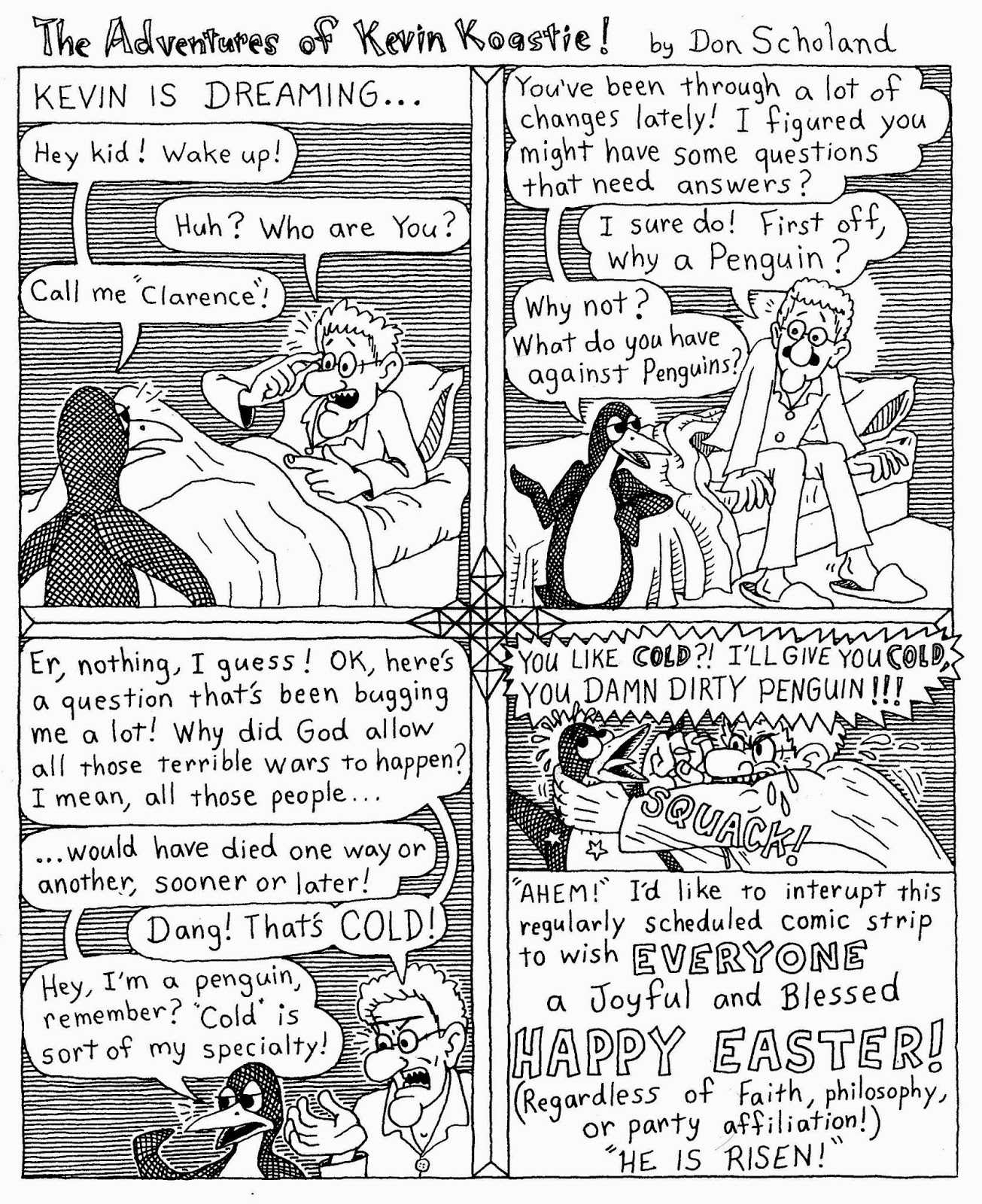 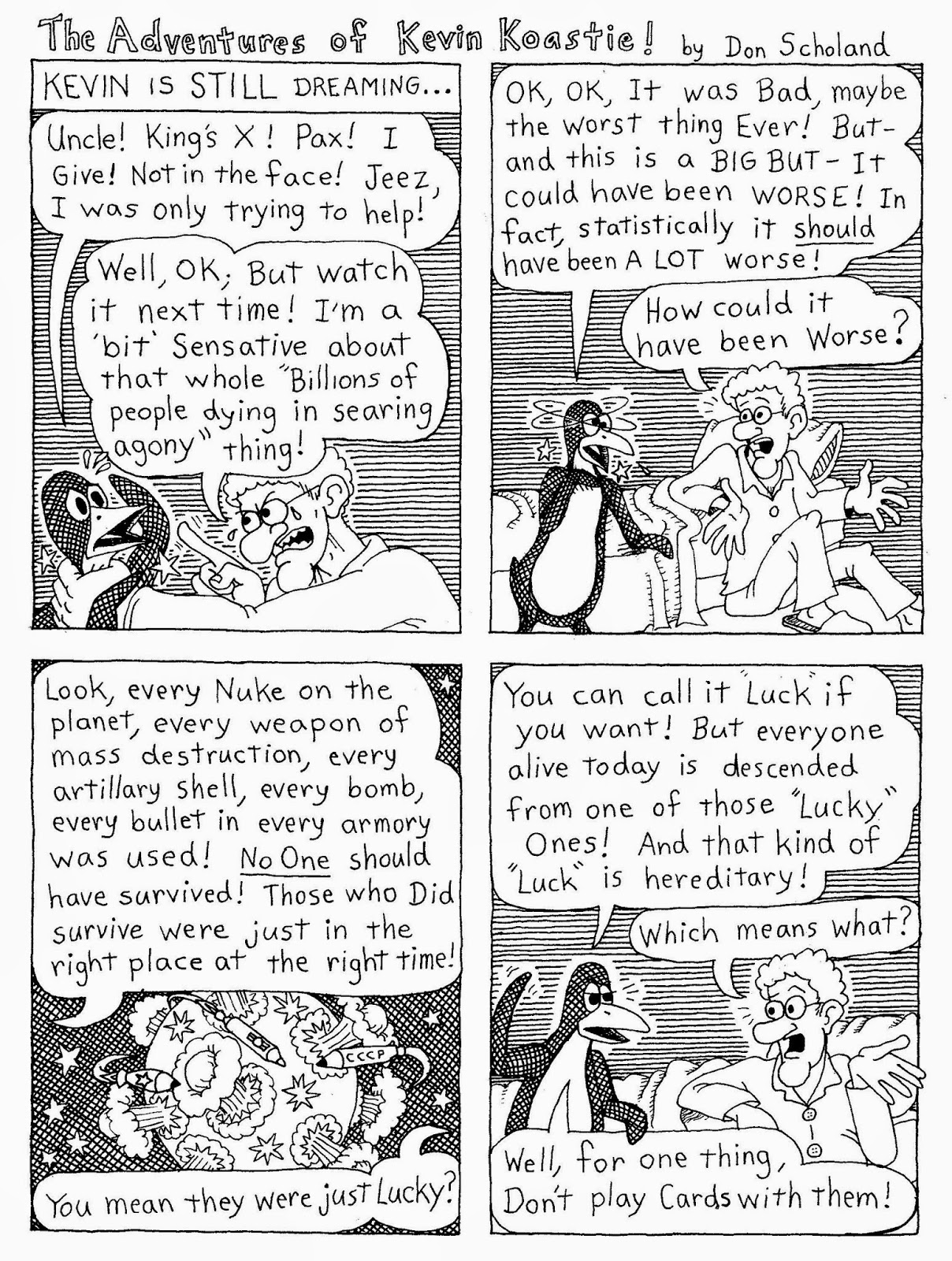 This next cartoon was the first one I drew on a sheet of 6"x9" drawing paper - I decided the vertical format would work better than the horizontal in future episodes. 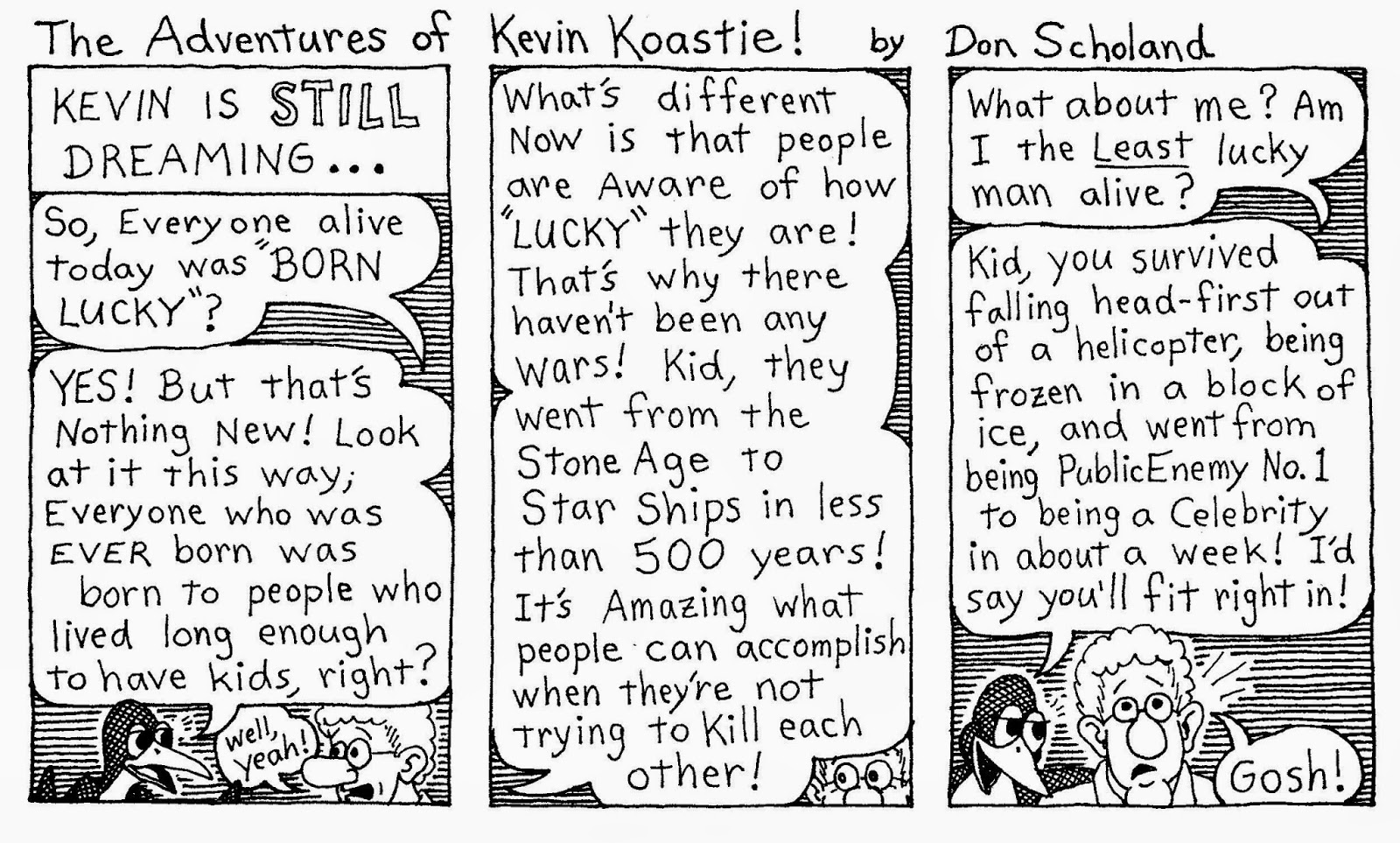 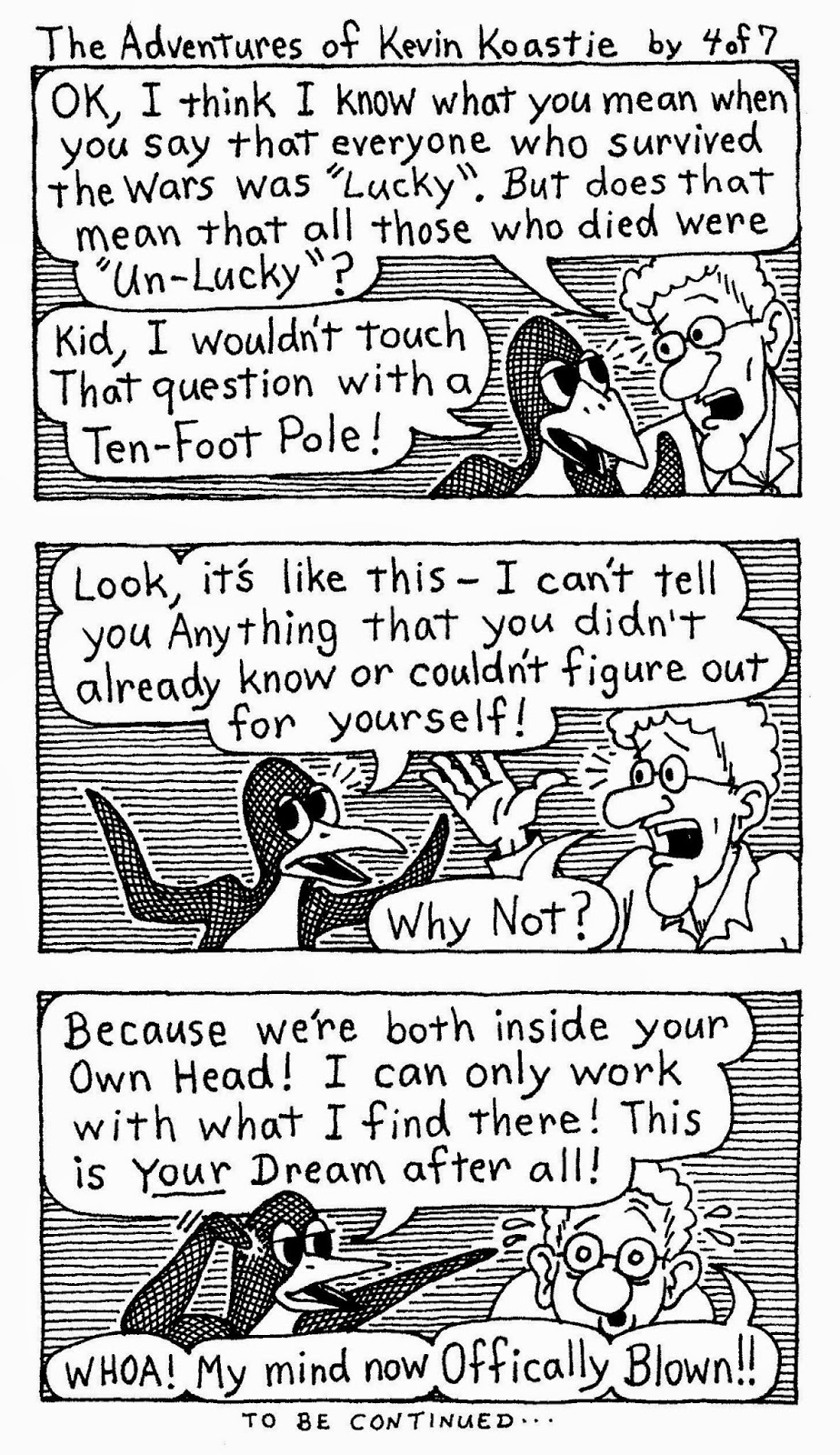 My wife, Mary, died May 6th after a long illness. Kevin wasn't the only one asking questions about Life, Death, Purpose and Coping with Grief when I drew this "dream sequence" story arc. 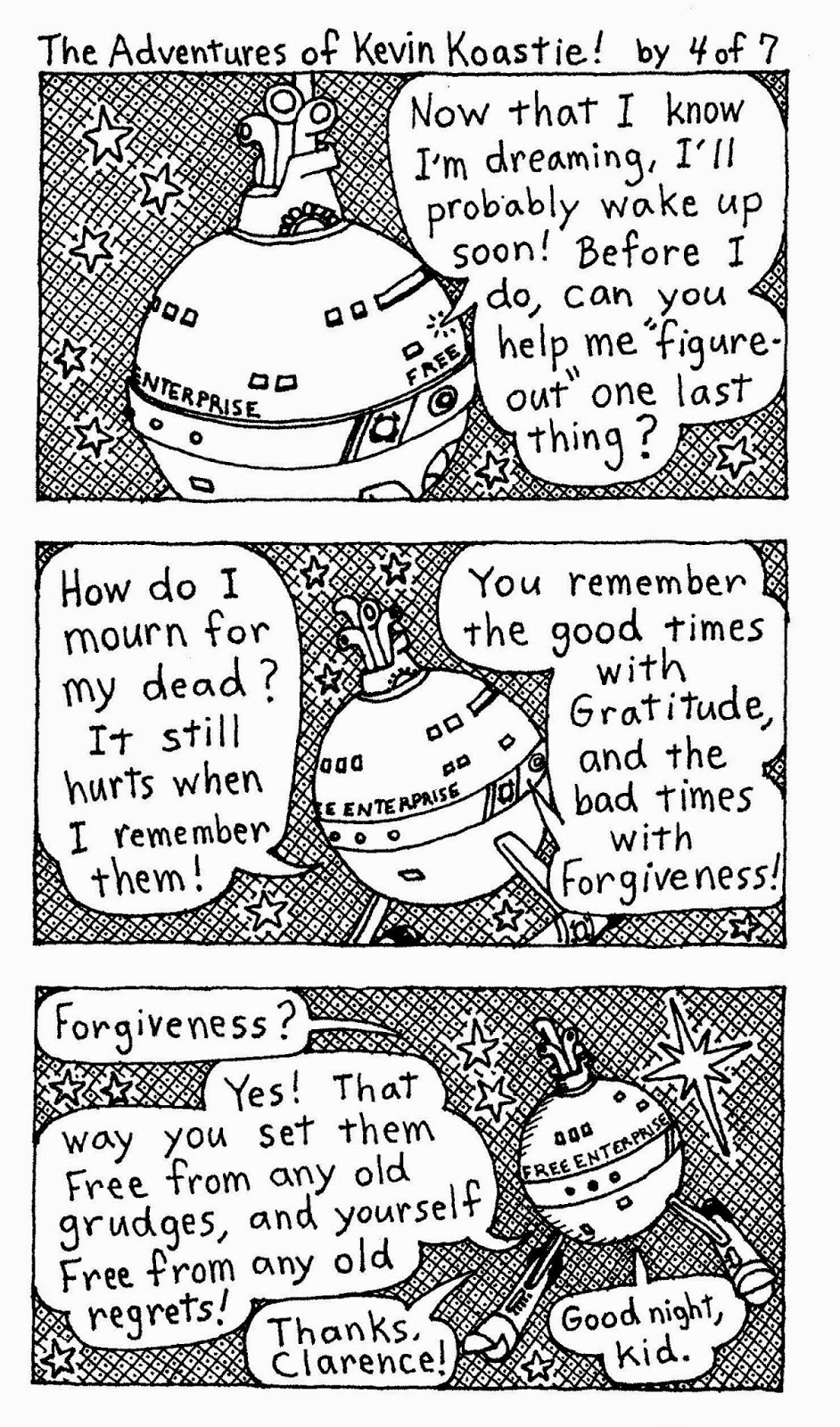 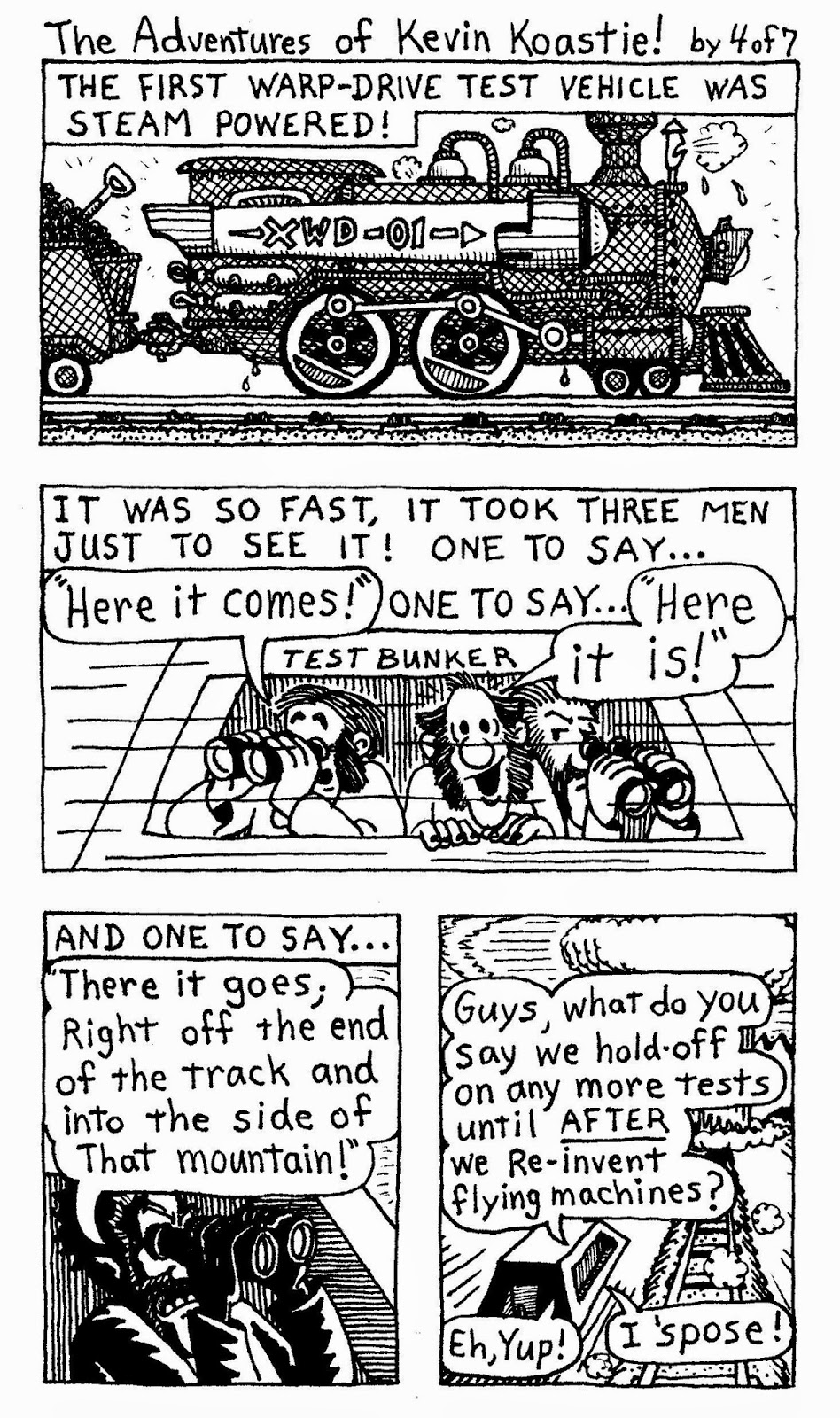 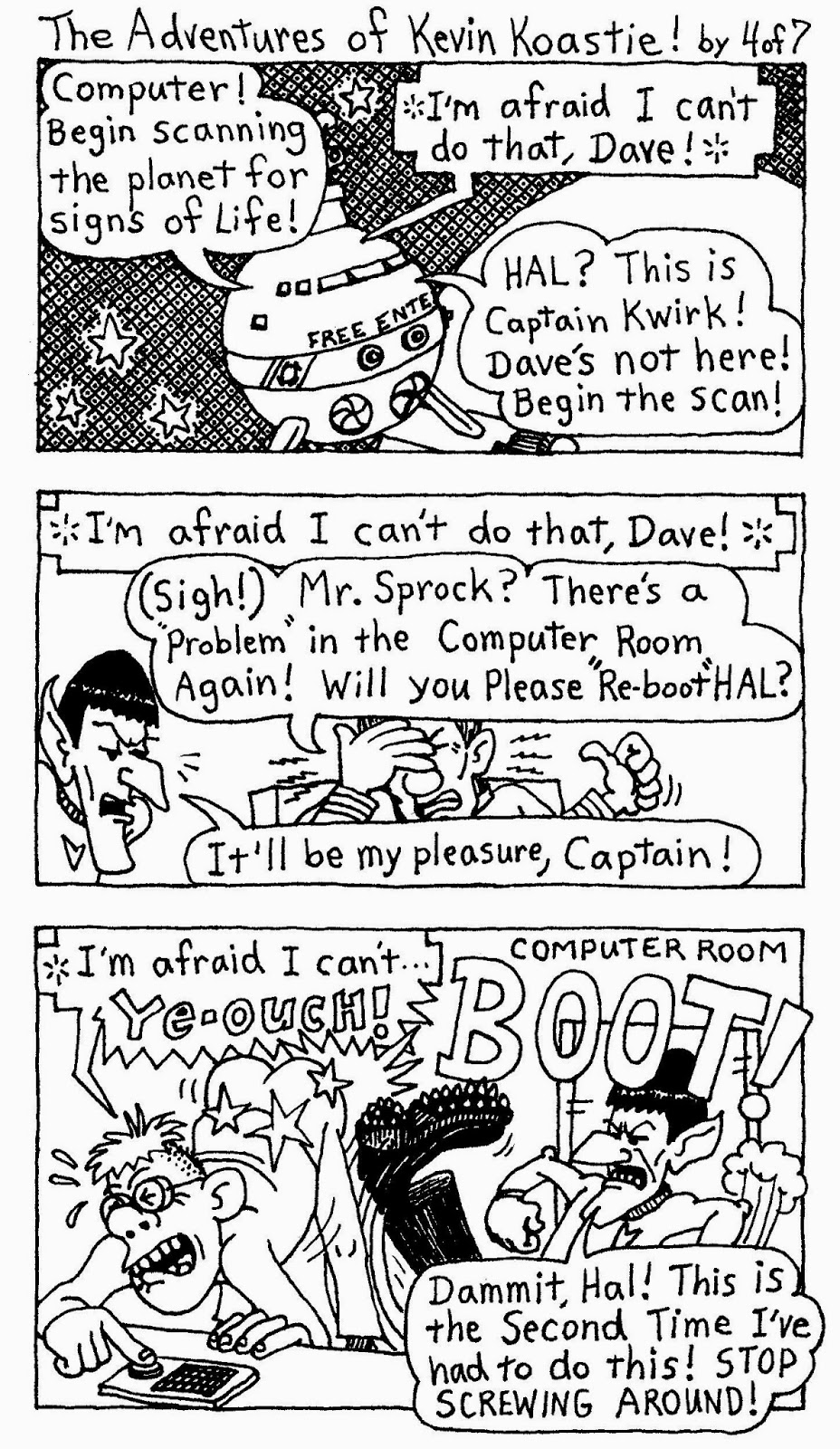 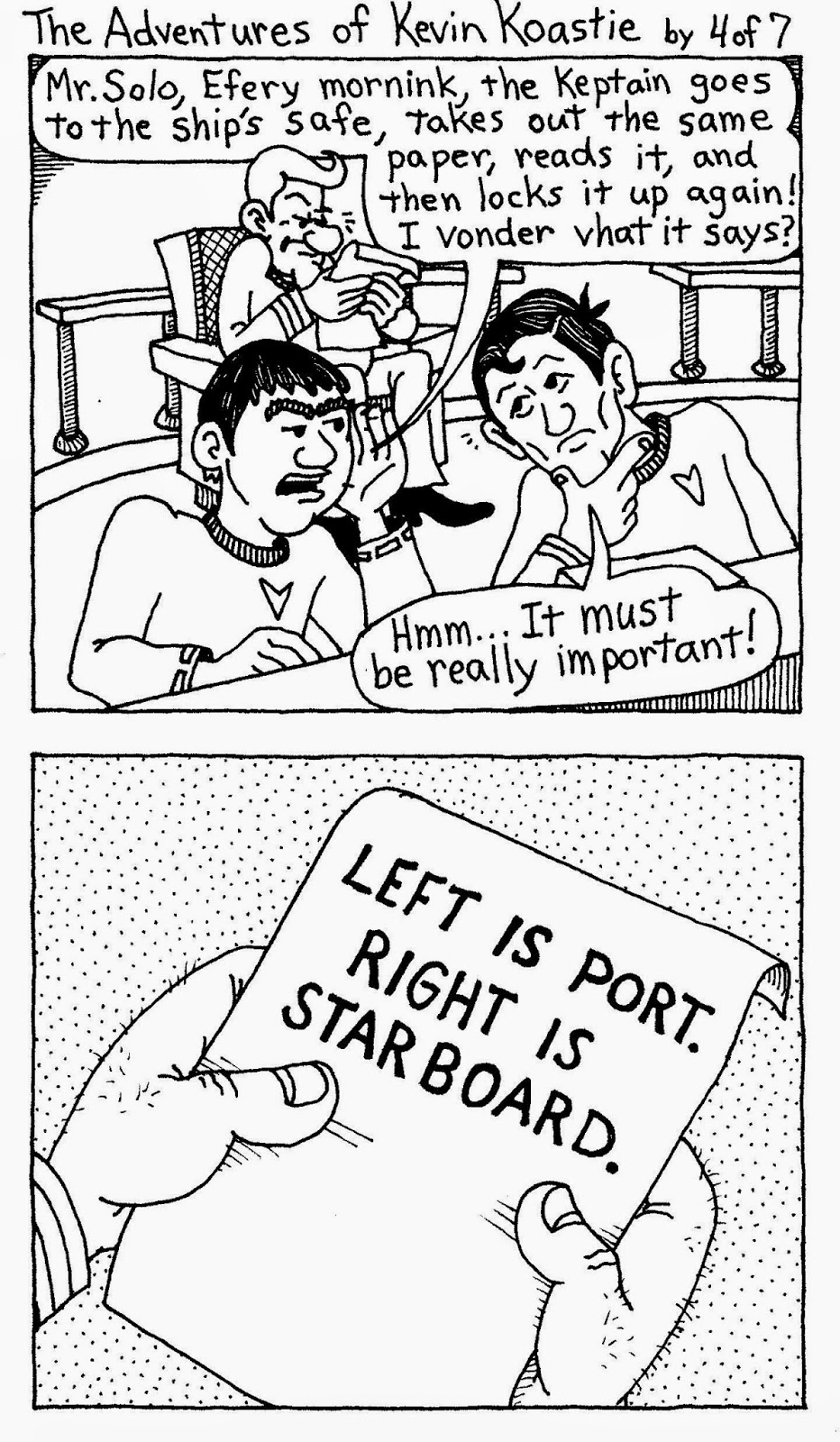 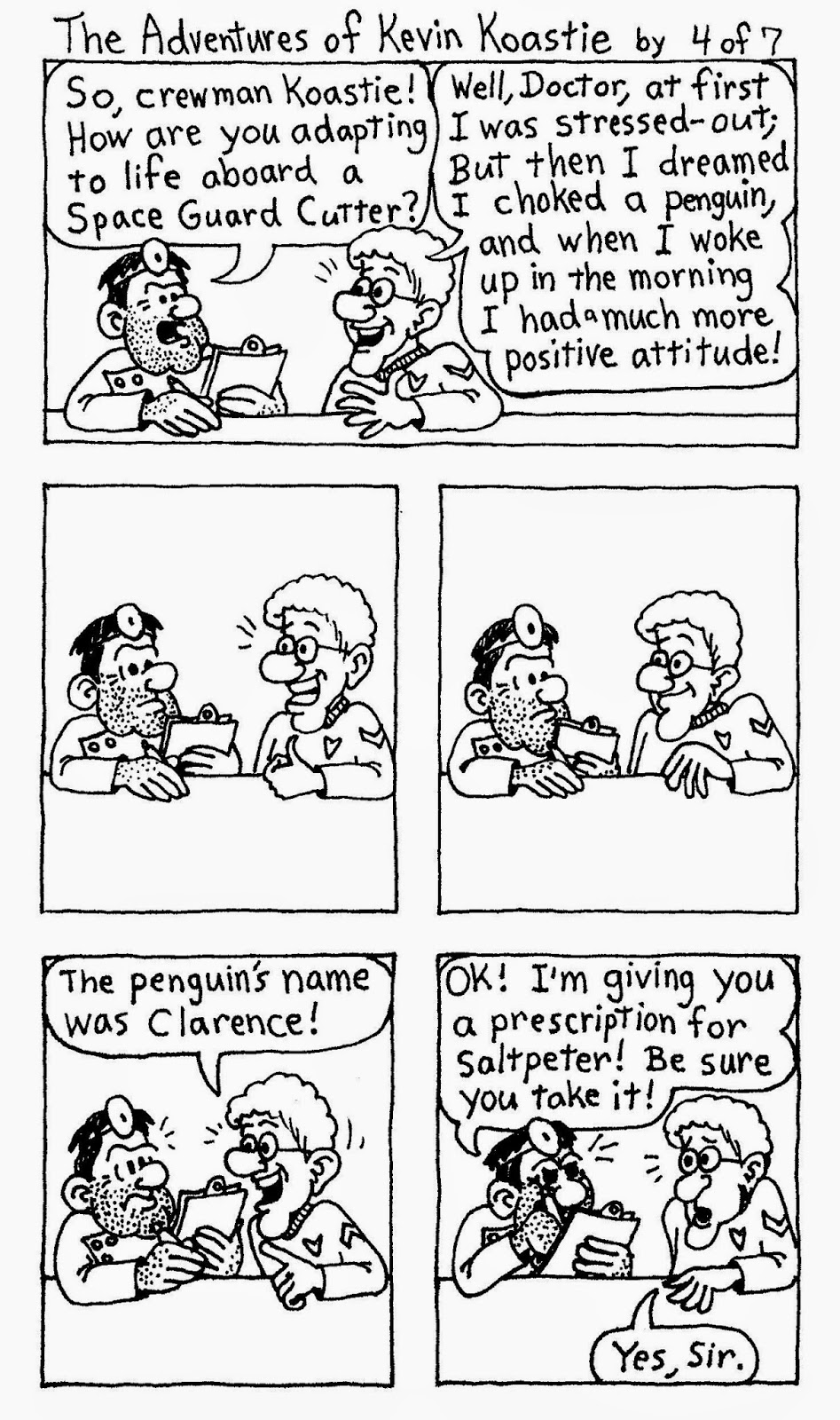 These last 4 cartoons were stand-alone gags which helped to introduce some of the other crew members of the Space Guard Cutter Free Enterprise. Capt. Kwirk, Cdr. Sprock, Lt. Solo, Ens. Czeckoff, Hal, and the Doctor. Later I created the character of "Gunny", and Lt. O'hara makes a cameo singing and dancing at the annual "Talk Like A Pirate Day" party, but the crew is still a bit sparse. I guess I'll create more cast members as I need them. Any suggestions?

From this point on, the comic began to take a definite direction, as story ideas, some fermenting for years in the soft sediments of the deep layers of my mind began rising to the surface! 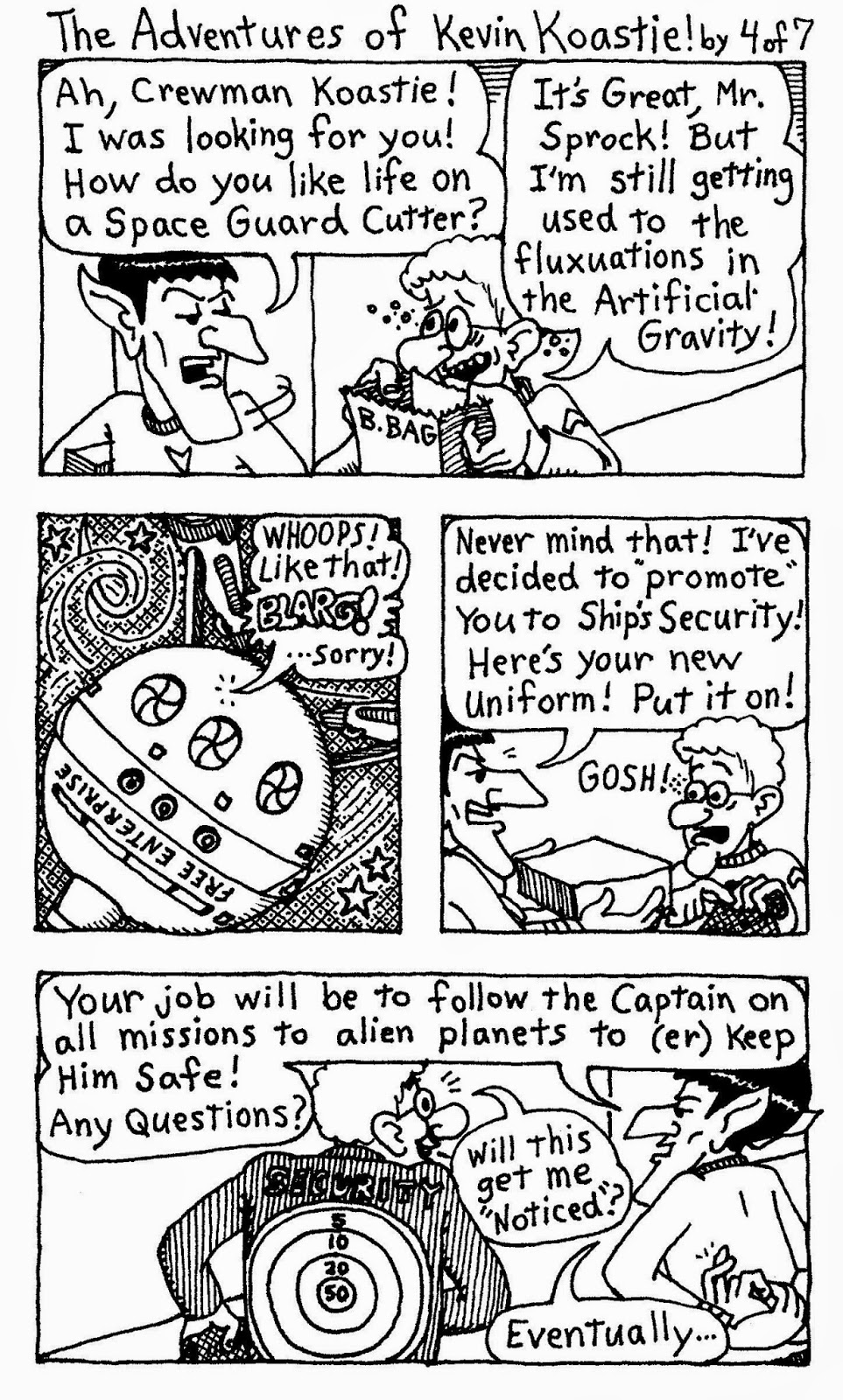 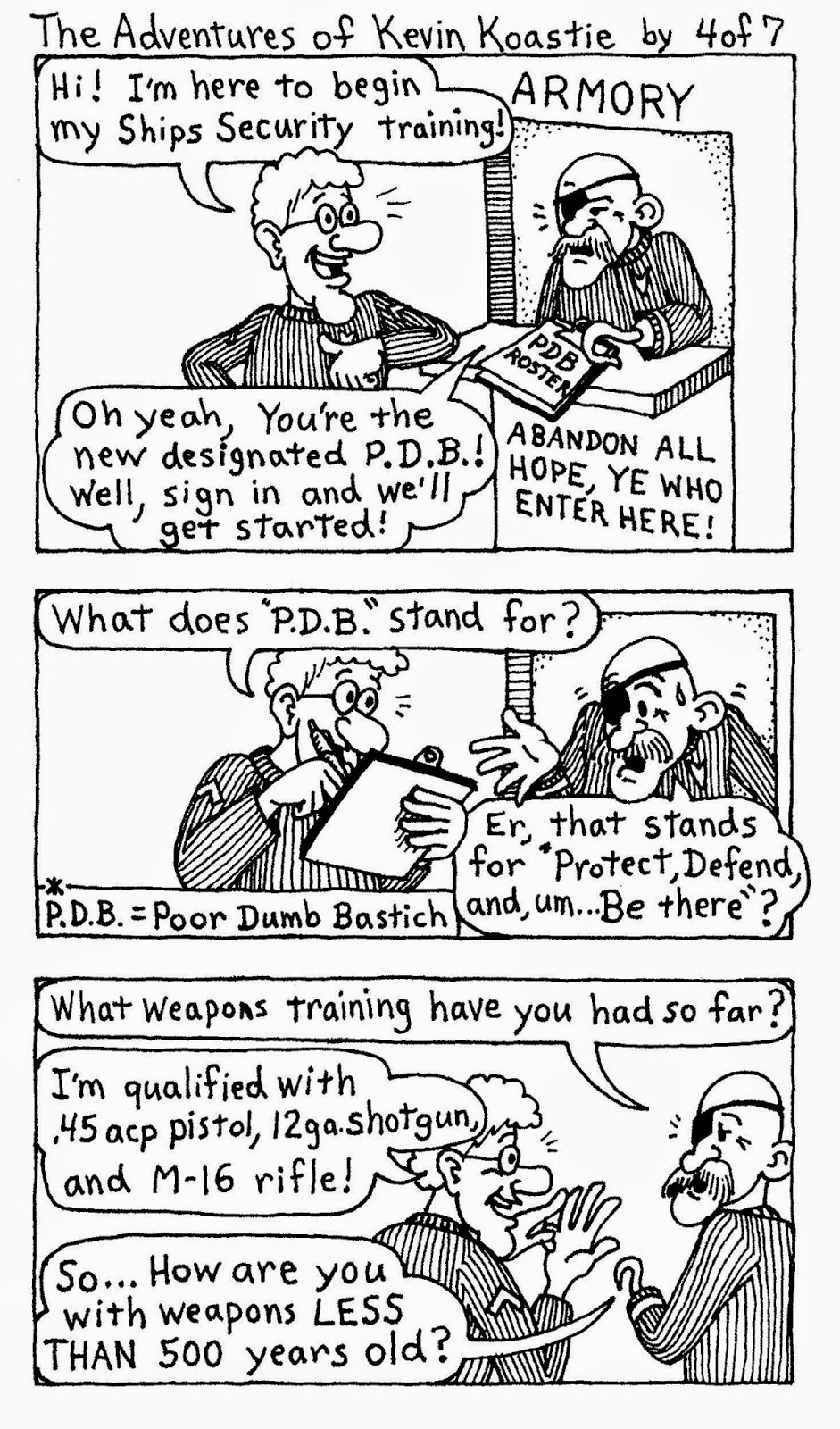 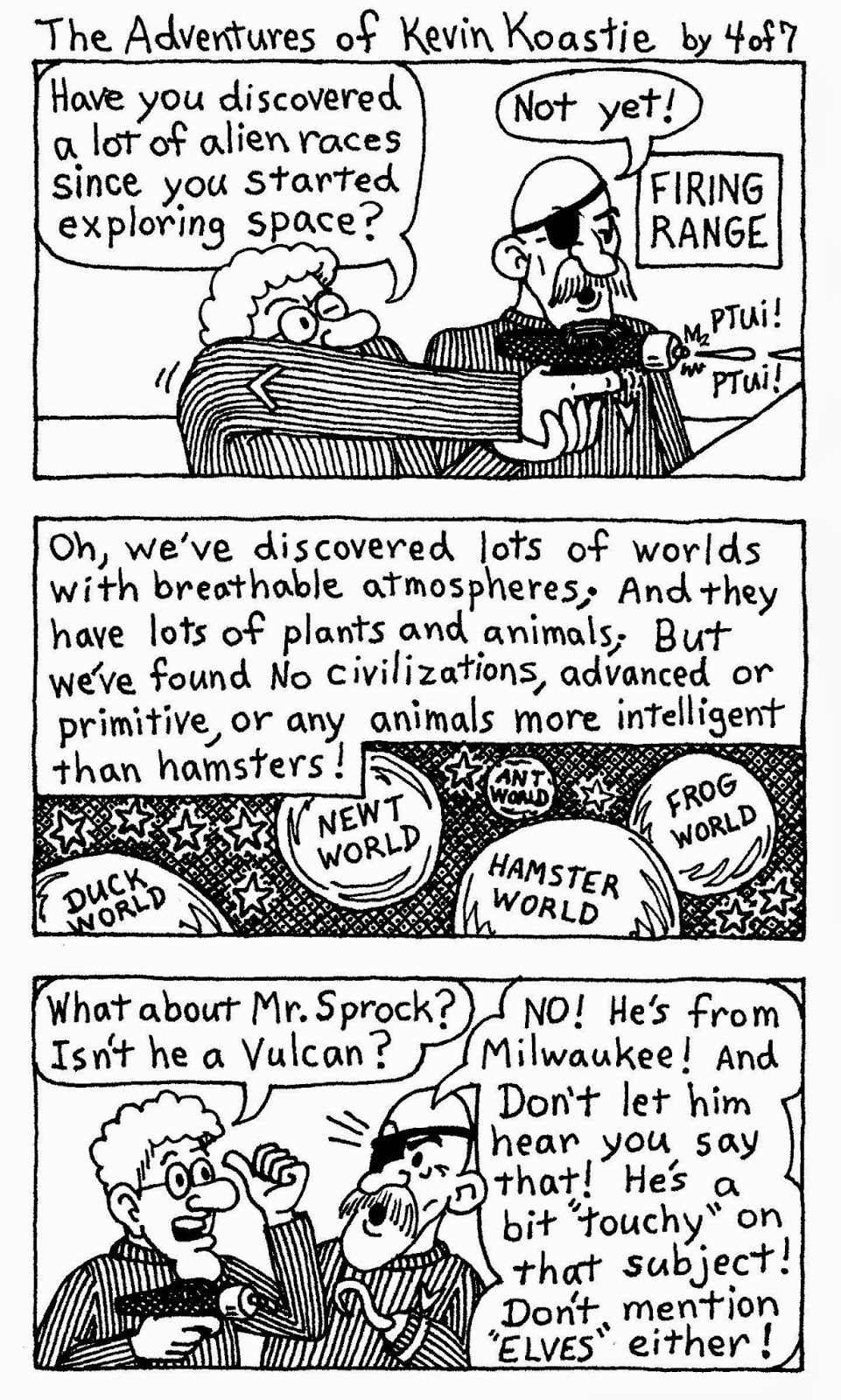 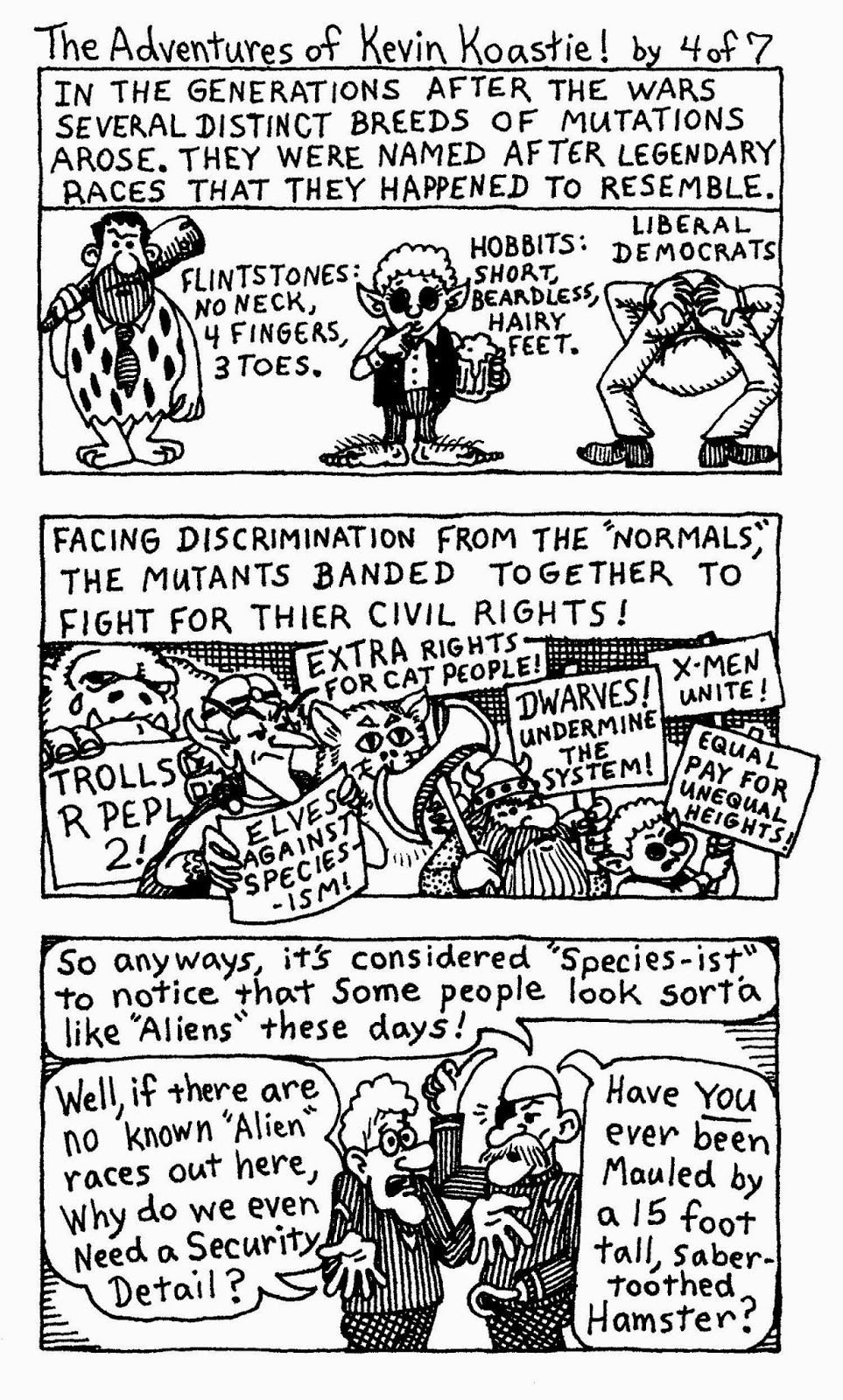 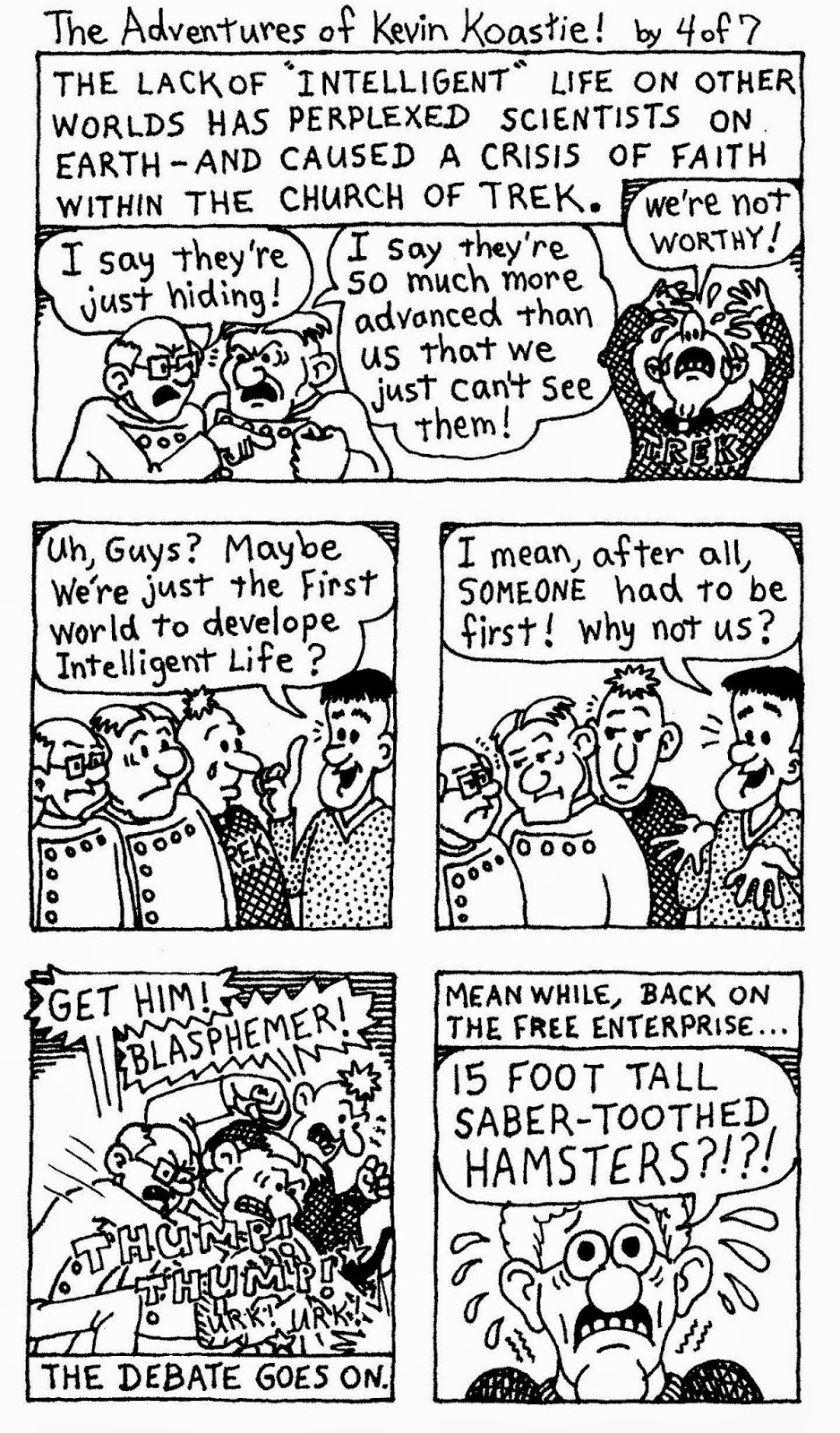 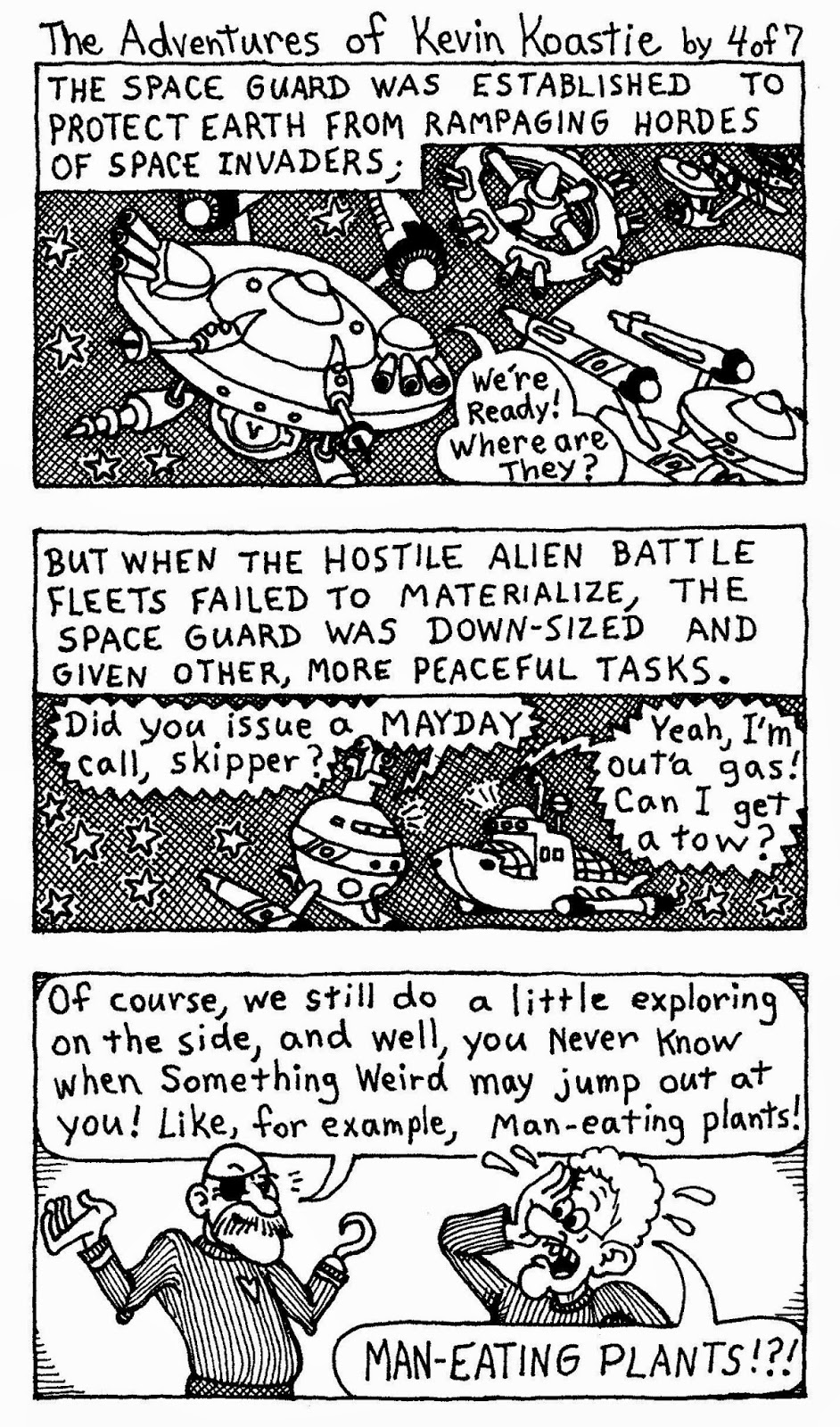 ... and one more to introduce the next arc. 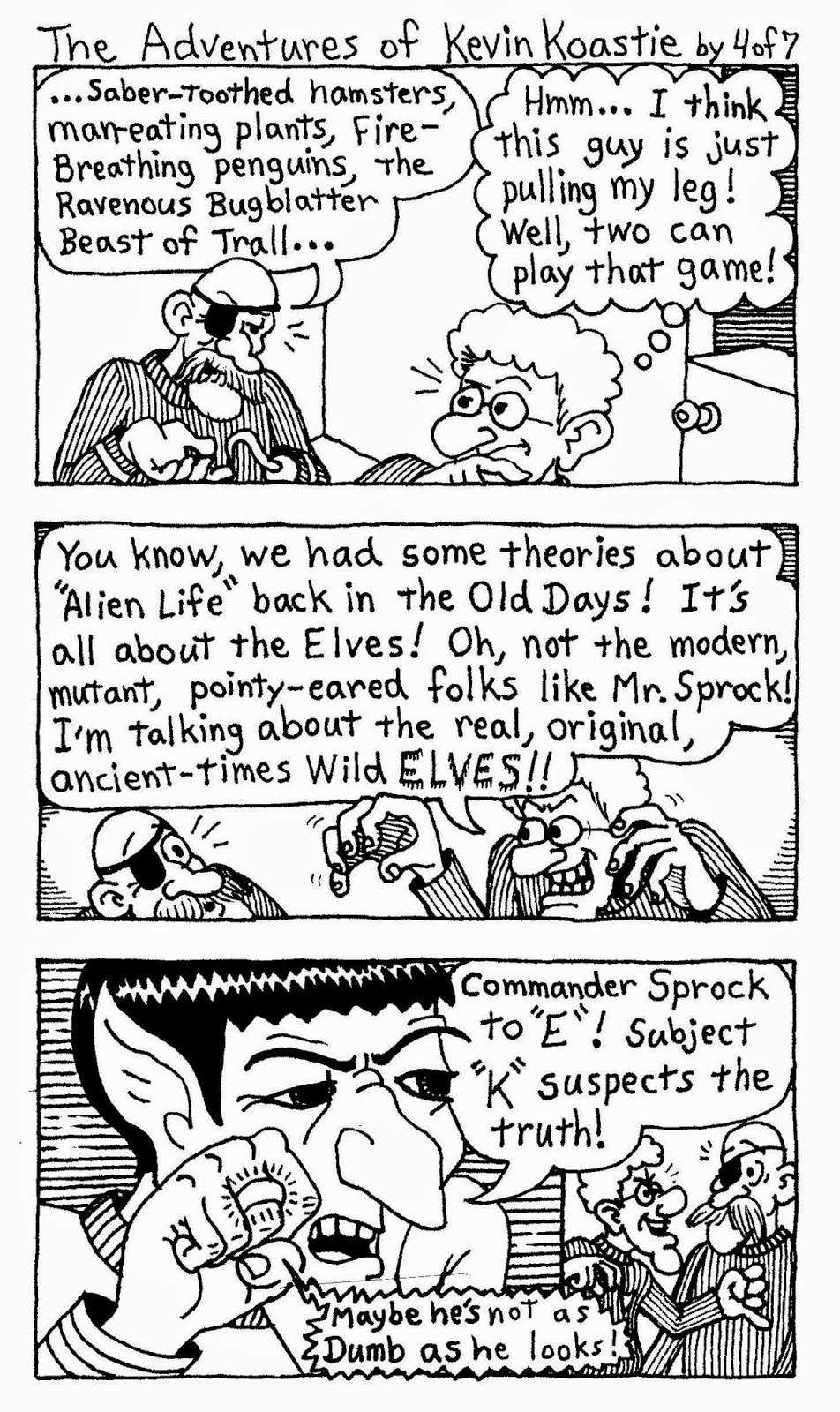 Have you ever had one of those days when you think you've got it all figured out, and then you find out that you don't really have a "clue" about what's going on? From this point on - Our Hero finds out what that's like! Stay tuned!
Posted by 4of7 at 8:25 PM